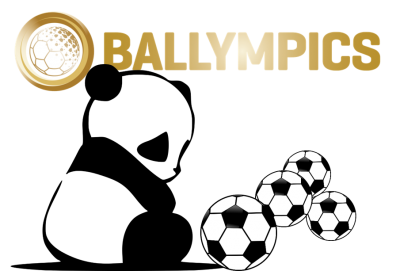 China has taken major steps to increase the number of football academies in the country. The government is granting special state funds to selected schools to achieve the target of establishing more than 50,000 youth academies by 2025.

Professional football clubs have also established their own academies such as Guangzhou Evergrande which is thought to operate the biggest football academy in the world. In just 10 months, and at a cost of USD 185 million, real estate company Evergrande turned an area in rural southern China into the impressing football academy which currently has more than 50 pitches and about 2,800 students from all over China.

Establishing youth academies is crucial and will undoubtedly contribute to football development in China.

However, academies alone will not solve the root cause of challenges in Chinese football development. Recent research indicates that the early technical development of kids can actually happen at the early age between 2 and 6, even before their formalized coaching begins at youth academies.

To succeed in the future, China must therefore go back and look at their grassroots football first. What still seems to be missing in the country is basic infrastructure at a grassroots level and most importantly, what successful nations call their “football culture”.

We have recently visited Beijing on a quest to find public spaces where children would be able to play street soccer and practice their skills with friends. Guess how many places we found? That’s right, we found none… (apart from one concrete pitch located under a bridge passed by a public train)

Now, Beijing is a vast city to explore and we are pretty sure that these public pitches must exist somewhere. The question is where, and whether they are indeed accessible for neighborhood children.

In any case, it may be worth looking at great football nations, such as Germany or Brazil, to set a benchmark for Chinese grassroots football development.

In Germany for instance, you can find public pitches in even the smallest village. They are generally accessible for local kids 24/7 giving them a chance to head out for a quick match with their friends after school or just before dinner. Some of these are full-size pitches, but often, a smaller space with one goal will do the trick. The German Football Association has even implemented a small-sided “football cage” initiative to boost fundamental street football abilities, such as dibbling and 1-on-1.

We need to keep in mind that these spaces will only need to motivate kids, give them the chance to let off some steam and develop basic skills even long before they are scouted or sent to youth academies by their parents.

In Brazil, there is a notorious lack of scouting and professional academies. Yet, the country has a remarkable record of success at World Cups and has produced some of the best football players of all times. That’s because children play in the slums, the so called “favelas”, barefoot and sometimes without even a real ball. Neymar, Fred and Hulk, all learned the game playing barefoot in the street. So did famous former players like Romario, Ronaldo and Rivaldo. What really matters is their passion for the game and their ambition to play day after day with their friends and become better and better to one day step in the shoes of their idols.

Even though Germany does not have slums comparable to Brazil’s favelas, there is still a culture of street football which is often fostered by the number of public pitches and spaces available for children to play street football.

Creating such public spaces in Beijing and eventually, in all provinces and cities in China seems like an enormous task but it would have a considerable impact on the Chinese football culture and may contribute to the development of street football.

In the long run, focusing on grassroots and on developing a football culture may be the way for China to increase the followers of the game, the number of homegrown talents and perhaps, even pave the road for China to one day become world champion.