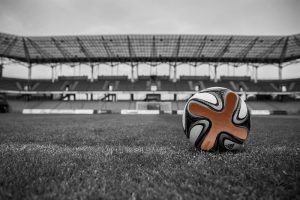 Germany has disappointed its fans at the recent World Cup in Russia. Some may not remember but this is not the first time German football is struggling. But at EURO 2000, Germany was one of the worst teams in the tournament scoring only one goal and finishing last in their group.

What happened next is a case study in German corporate problem solving: self-reflection (“What went wrong?”), determining the cause (“Why did it happen?), followed by careful top-down management (“How do we fix the system so it never happens again?”).

Soon they discovered the root cause of the problem: Germany’s soccer schools were not producing enough talented players for their clubs and the national team.

To rectify the situation, the German soccer federation (the “DFB”) decided the country needed to invest in better youth development. So in the 2001-2002 season, the DFB began mandating that all clubs in the professional German leagues run their own youth academies.

A couple of years later, the DFB realized that requiring the top German clubs to run their own academies was only the first step in the right direction. But in addition, there also had to be a way to ensure the quality of the 100 or so academies. To achieve this objective, the German soccer federation came up with a set of quality criteria for youth academies that became mandatory for academies of all clubs in the German professional leagues. This was essentially the birth of a quality management system for professional soccer academies in Germany.

Academies are not only required to implement quality criteria but they are also regularly assessed to determine if they have properly implemented them.

Criteria for evaluating academies include their strategic and financial planning processes, talent identification and development processes, organizational structure and decision making processes, athletic and social support and an evaluation of their facilities and equipment provided.

Making sure that academies adhere to defined quality criteria eventually resulted in an increased number of highly-talented young players in Germany. Many of these significantly contributed to Germany’s triumph in the FIFA World Cup last year and there are so many more talented young players in Germany’s U-21 squads that a German dominance in world soccer seems likely until other countries get a chance to catch up.

So what does this mean for other countries with similar ambitions? Rather than spending billions of Euros, Pounds or whatever currency on buying international superstars, soccer federations should ensure that clubs take youth development serious. But it’s not enough to require the establishment of youth academies. Federations need to provide a unified set of quality criteria and ensure that these criteria are adhered to by regularly assessing clubs and evaluating their actual condition (“as-is”) against the set of defined quality criteria (“should be”). Any divergence needs to be adequately analyzed and addressed to ensure academies are operating as desired providing a source of high quality players for domestic clubs and the national team.

Ultimately, this quality management system has only winners: Young talents will be thankful for the chance to develop their skills at high quality academies and fans will be enthusiastically supporting their national team as it progresses through the World Cup finals. Last but not least, professional clubs as well as the national league will enhance their reputation and increase their overall value.

The key to success is a well-defined set of quality criteria for youth academies and an adequate quality management system to ensure independent assessments and continuous improvement.

1 thought on ““The German soccer Wunderkind: Is it all coincidence?””